Doug’s favorite part about Citizens State Bank is the people. He loves having the privilege of working with exceptionally talented colleagues on a day-to-day basis and being able to meet the needs of the communities that the bank serves.

The Price family has been proud to call southwest Colorado home since the 1870s. Doug has been a part of important local, state, and national initiatives that have progressed Colorado communities throughout his career. He previously worked in early childhood education and with Rocky Mountain PBS and FirstBank. “I take pride in my diverse experiences that have helped to bring me to where I am today,” Doug says.

Chairperson of the Board

Brenda graduated from the Southwestern Graduate School of Banking at Southern Methodist University in 2003. With a career at CSB spanning more than 25 years, Brenda believes in the community bank model and enjoys being able to help the communities that the bank serves. “This may sound sappy, but I truly love working with all of the CSB staff,” Judy says. “No offense to the old guys, but it is so much fun interacting with the young and vibrant folks.” After 20 years as the San Juan County Assessor, Judy is currently working her way toward retirement. She also worked as the director of Silverton’s historic Carnegie Library, and holds a BS in journalism from Bowling Green State University. Judy moved from Durango to Silverton in 1979 and has never regretted the decision for a moment. She loves all outdoor activities in the mountains, and has spent 35-plus years as a member of the Silverton Brass Band. Harris is a retired senior executive with experience in the technology, finance, and medical markets. He has and continues to serve on several boards in both the profit and nonprofit communities. Harris has also taught at three universities. 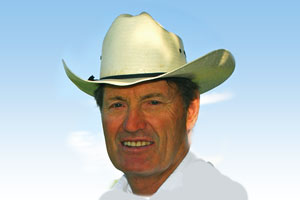 George is a cattle rancher in western Montrose County, owning and operating the Silver Hawk Ranch for the past 26 years. George’s family were long-term residents of the Telluride: His mother, Judith Swanson, was born and raised there; his father, Edwin Lee Glasier, was the superintendent of schools in Telluride; and his grandfather Swan Swanson emigrated from Sweden in the early 1900s to work in the area mines.

George has been involved in various business activities, including mining, alternative energy generation, and investment properties, and has founded resource companies, several of which have been listed on public stock exchanges. George is a licensed attorney in Colorado, receiving his JD and BSBA degrees from the University of Denver. Currently, he serves as the president and CEO of Western Uranium & Vanadium Corporation, a resource and mining development company in Colorado and Utah. George also serves on the board of the Colorado Cooperative Company, a local water cooperative, and on the Montrose Memorial Hospital Board of Trustees. President and CEO Alexander Price is responsible for the oversight of all five branches of the bank, and also serves as a director for CSB and CSBO Holdings, Inc.
Alexander has spent his career in technology. He started on the government side as the IT policy advisor and speechwriter for the Governor of Colorado and then moved to the BD side for companies in application platforms, manufacturing automation, and now restaurant automation. He has a BA in international relations and economics from Claremont McKenna College and an MBA from Northwestern University. 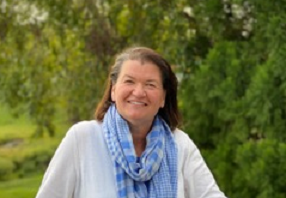 Christina (Chris) Favilla is an experienced independent board member responsible for guiding and supporting the strategic direction of public and private companies in the financial services sector. She is a seasoned banker with a proven track record of growing business platforms in a volatile regulatory environment. In several companies, Chris has successfully led large strategic shifts to meet the demanding needs of today’s financial markets.

She served as Chief Operating Officer for GE Capital America from February 2012 to June 2017, with direct responsibility for $100 billion in served assets across Canada, Mexico and the United States. She led a diverse team of 2500 people across 33 locations and interacted with over 20,000 vendors. She previously served as the President of Discover Bank from 2006 to 2012. With both an IT and Operational background she has the ability to quickly assess and implement the necessary changes in anticipation of positive outcomes. Chris is a graduate of Marymount College for International Finance and received her MBA from Fordham University. Mark L. Griffin is a partner with First Avenue Wealth Partners in Denver, Colorado. He is a 50-year veteran of the investment banking world and specializes in bond finance, financing projects including the Denver International Airport.

A graduate of the Virginia Military Institute with a BA in economics, he served as a Captain in the US Army, commanding AFCOSTA Okinawa as a Top Secret Courier Officer with missions in the Far East, including Vietnam. He and his wife, Jan, live in Cherry Hills Village and have three grown children and six grandchildren.

About Us
History
Leadership
Board Members
Philanthropy
Careers

Our lobbies are now open for business, in addition to drive-up and online banking.Learn more about our COVID-19 response.
+